Eddie Robinson won 408 college football games in his 57-year career, giving him the second most victories in NCAA Division I football (behind Joe Paterno with 409). Robinson’s commitment on and off the field resonates through the streets of Grambling, the halls of Grambling State University and the stands of the football stadium named after him.

Not only did the legendary former GSU football head coach show greatness on the gridiron, he also had moves on the dance floor. Not many people knew this tidbit about Robinson until the 18,000-square foot Eddie G. Robinson Museum opened in 2010 on GSU’s campus. 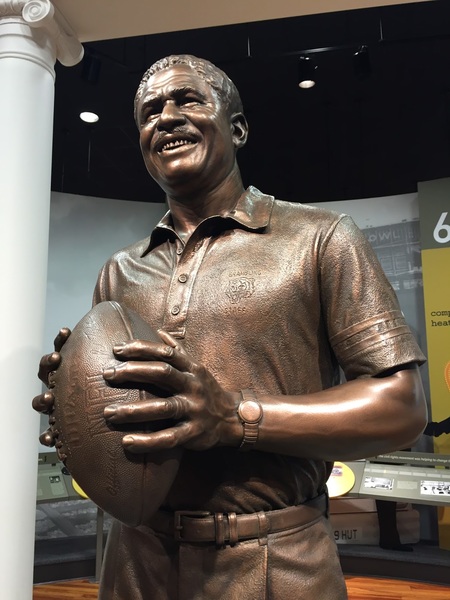 Lincoln Parish’s hidden sportsman’s paradise gem honors all of the late coach’s accomplishments, from his early days as a college student, his start as a football coach and the passion he brought to his student athletes. Without the best funds, equipment or resources, and during the heart of the Civil Rights Movement, Robinson dedicated his life to ensuring a brighter future for the thousands of young black players who played under him.

Robinson served as the football coach from 1941-97, combing a record of 408-165-15. Right off Interstate 20 at the entrance of GSU’s campus, the museum brings to life one of the greatest sports icons of all time.

When entering the museum, where you’re greeted by a bigger than life bronze statue of “Coach Rob,” the first thing to do is watch a 10-minute video on his life in the Locker Room Theater featuring lockers from the old GSU football stadium. The video features interviews, photos and highlights of GSU football games.

After the video finishes, directly next to the theater, is the Pros Gallery, featuring jerseys of former GSU greats who made it to the big leagues. On the other side, kiddos can pretend to train for the upcoming football season with an interactive football practice camp facility. In between the GSU Pros Gallery and interactive training facility lies a hall filled with Robinson memorabilia and facts about “Coach Rob’s” coaching days. 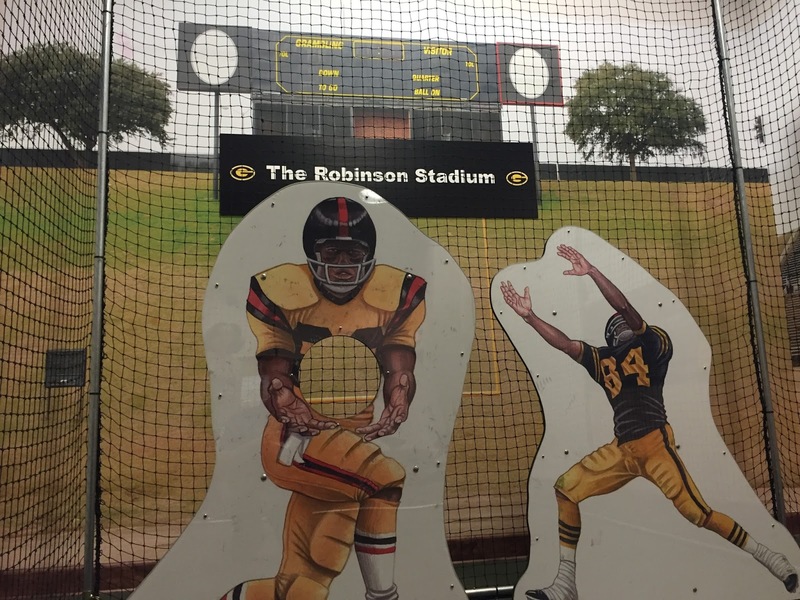 Finally, at the heart of the museum, an interactive timeline displays his life from his days as a farmer’s son to his retirement with a bronze statue erected at the center of it all. By the end of the tour, one will appreciate the love and dedication Robinson put toward his players and making them part of his family.

One of only two museums in the country dedicated to a single football coach’s accomplishments, the other being the Paul “Bear” Bryant Museum on the campus of the University of Alabama, this museum is every sports fan’s dream.

Bring the children, invite some locals and take an hour out of the day to visit one of the best sports attractions, and leading attended state museum, in Lincoln Parish. The free museum is open from 10 a.m.-12:00 p.m. and 1:00 p.m.-3:00 p.m. Monday through Friday. Parking is available on the West side of the building and behind the museum on College Street.