Your Bulldog Based on Your Enneagram Type

Over the past few years, the Enneagram personality test has gained an immense amount of popularity. If you don't already know your Enneagram type, go ahead and take the test so you can find out which one of the Bulldog Project bulldogs reflects your personality best! 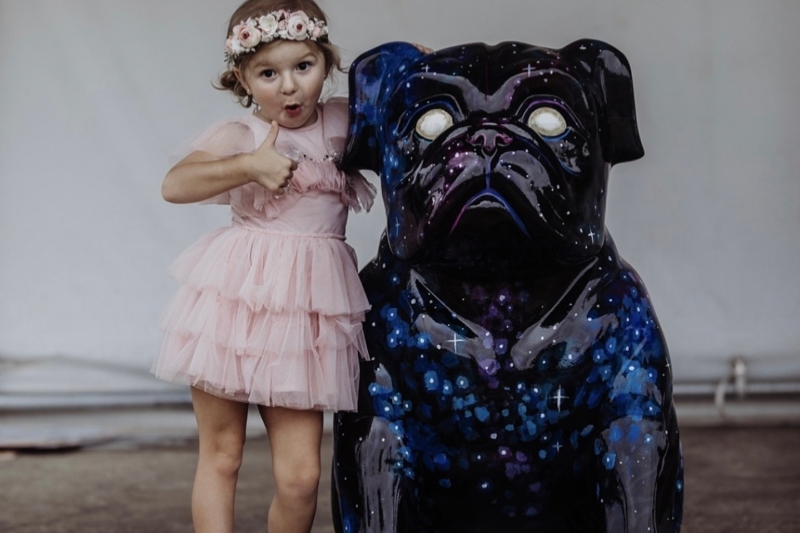 The Enneagram One is known to be “the perfectionist.” One’s are rational and idealistic, often dreaming and aiming for the greatest good. They want to achieve their highest self by being “good,” and the "Star Stuff" bulldog embodies what it means to be reaching towards the highest self. 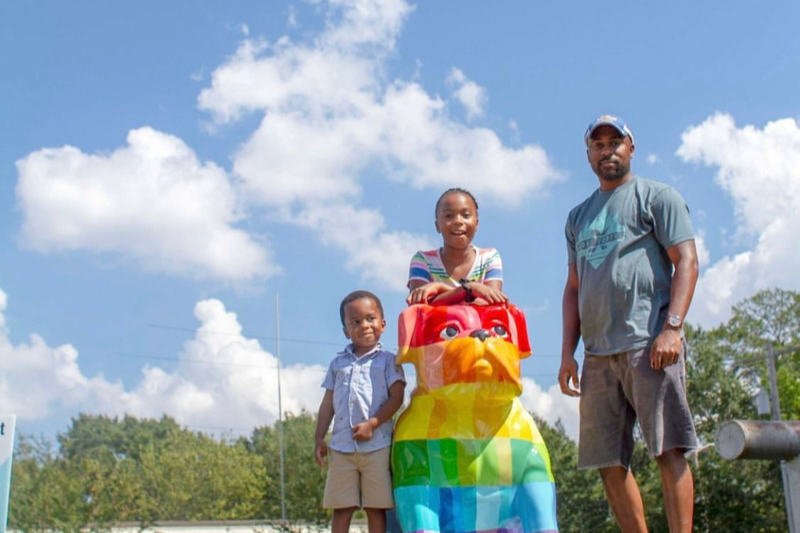 Enneagram type twos are known as “the helper.” Two’s are highly empathetic and able to notice when the people around them are in need of a friend. The "Goodwill" Bulldog is the epitome of being helpful, empathetic, and friendly, making it the perfect bulldog to encompass the Enneagram Two. 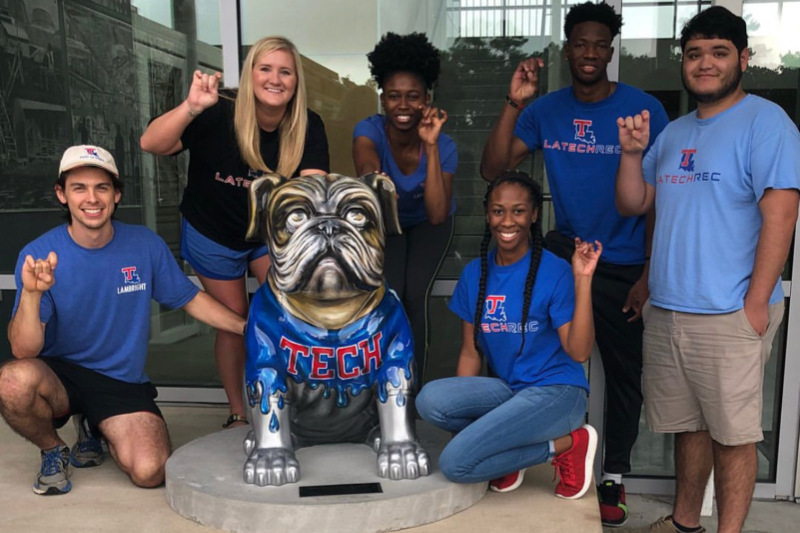 Type Three is better known as “the achiever.” To be a Louisiana Tech student, alumni, or simply a fan is to be marked by an ambition to succeed, a competitive spirit, and an authenticity that inspires those around them. Because of this, the bulldog that is the best fit for the Three is "We Bleed Tech Blue." 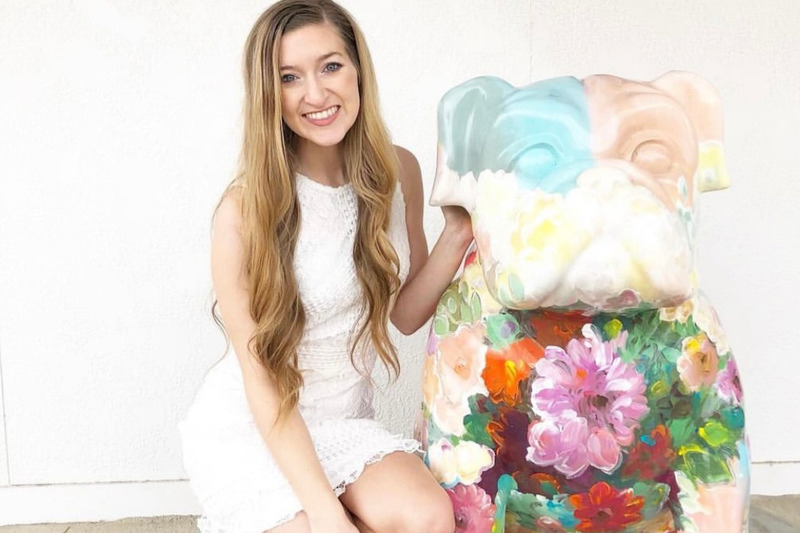 Type Four’s are known as “the individualist” or “the romantic.” Fours are attracted to beauty and artsy things, and often feel misunderstood. The "Flower Power" bulldog’s take on beauty and romance can have many different interpretations depending on who you ask, which makes it the perfect bulldog to describe the four. 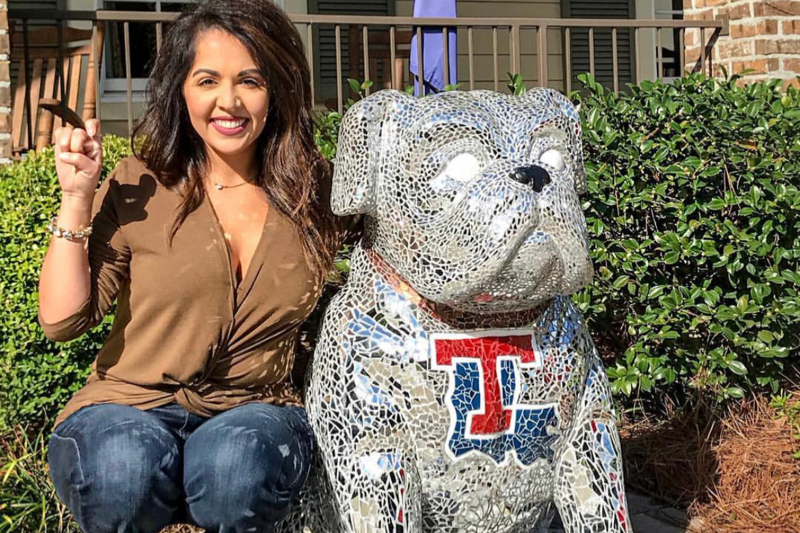 Fives are known to be observers and secretive. The "Mirrored Image" bulldog is covered in hundreds of tiny mirrors which are looking outward observing the world, similar to how the Five is always observing the world around them. Like the mirrors on the bulldog, the Five looks at things from all angles in order to know everything about a specific subject.

Type 6: She’ll Be Comin’ ‘Round the Bulldog 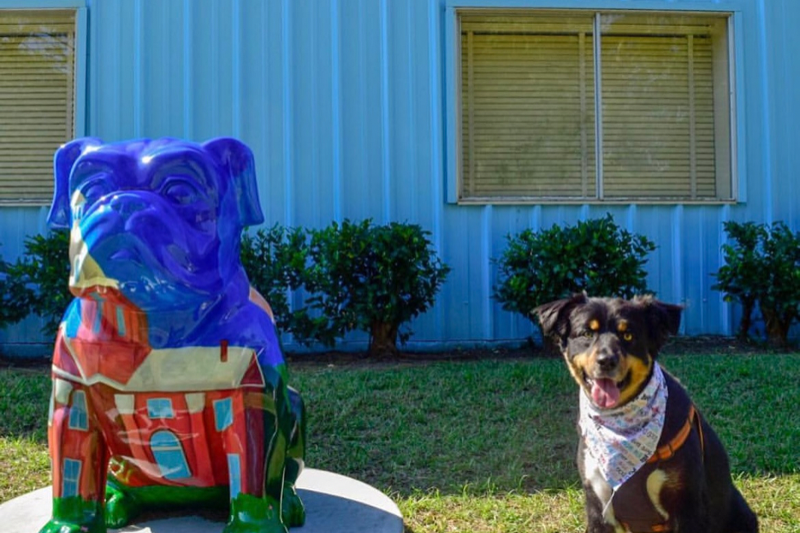 The Six is dubbed “the loyalist,” and “She’ll Be Comin’ ‘Round the Bulldog” captures what it means to be a six. The courthouse painted on this bulldog demonstrates loyalty, reliability, safety, and justice. Sixes are reliable, devoted, and dependable. They love both rules and safety, making this bulldog the best reflection of the type Six. 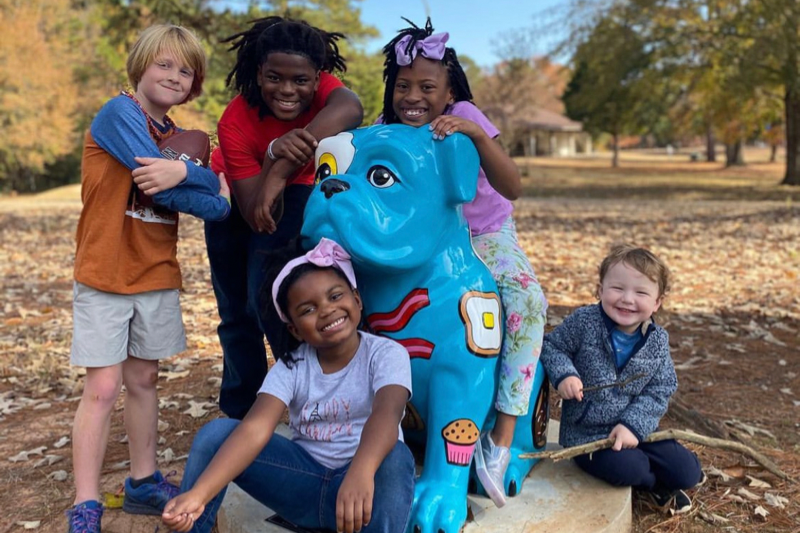 Enneagram Sevens are versatile and spontaneous. They are known to be exciting people with a playful and optimistic outlook on life, which often has an effect on the people around them. The "Everyone Loves Breakfast" bulldog incorporates the fun and playful side of Sevens that everyone knows and loves. 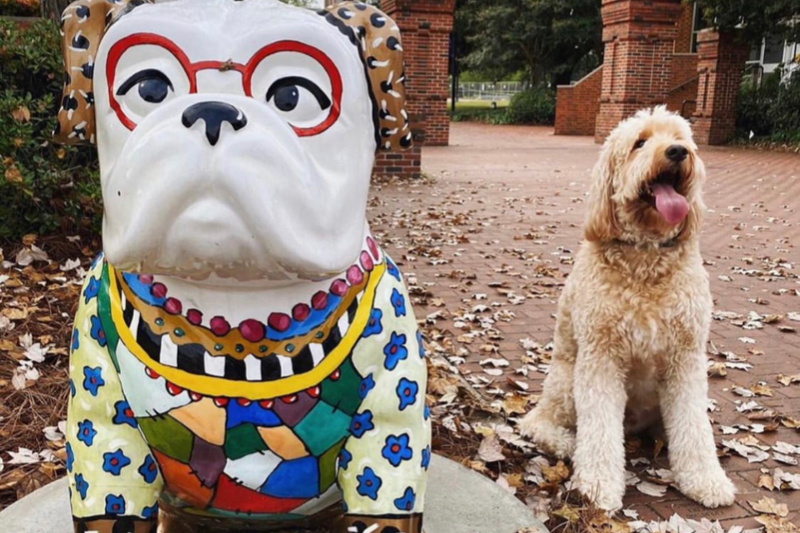 The Type Eight is assertive, confident and strong. Boldness is the root of who the Eight is; this type is not afraid of standing up for themselves or for others. They are very aware of what people think about them, but that does not change their individuality and bold personality, making the “Be Bold” bulldog the best fit for Eights. 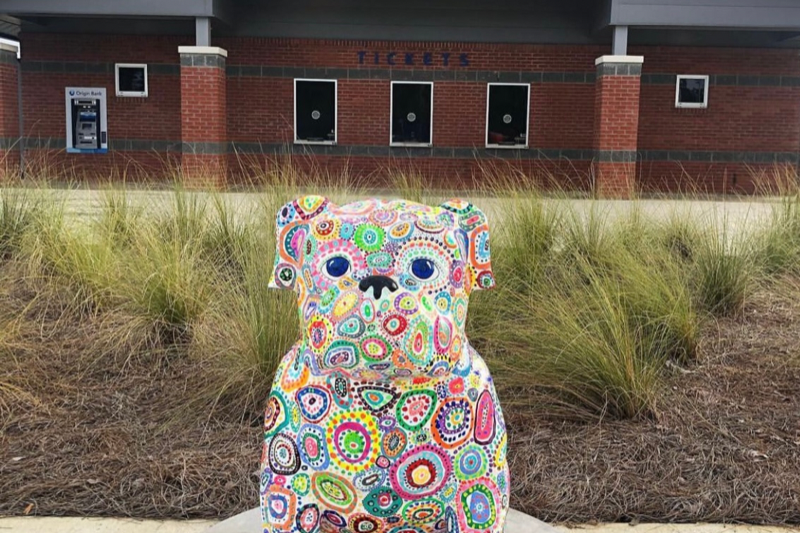 The Nine is most commonly referred to as “the peacemaker.” Nine’s value peace and harmony and they try to see things from other's points of view. Nines mediate and keep the peace in tense times. Because of this, the “Circle of Friends” bulldog captures how the Nine is the glue in friend groups.

Be sure to get out and discover all 11 bulldogs of the Bulldog Project! For a map of the bulldogs, click here.