2022 marks the 72nd year of The Louisiana Peach Festival. The festival is a homegrown tradition that Ruston has had the privilege of hosting since 1951. The day is as full of fun as it is rich in history, and we wanted to give you a bite of the backstory that makes Peach Fest so sweet.

The idea of having a peach festival first originated in the 1930’s as a way to promote the fruit industry in Louisiana, specifically the many peach farmers in Ruston. In fact, the farmers came up with the idea of a festival, truly making it a homegrown event. These farmers believed that their efforts throughout the year leading into the peach season would be best promoted through putting on an event, thus the idea of the Peach Festival was born.

The Louisiana Fruitgrowers Association joined with multiple organizations and Ruston residents to make the first festival happen. They worked tirelessly in planning and decorating for the event, and in June of 1951, Louisiana’s very first peach festival was put on. Not only did it happen, but it was a major hit with the community.

The first year of the festival consisted of a parade, a peach exhibit/auction, a talent show, a peach eating contest, and speeches. All of this was topped off by the crowning of the first Queen Dixie Gem followed by a celebration at the festival ball. Though the festival is now held exclusively in Downtown Ruston, in the early years, most of the festival activities were held on Louisiana Tech University’s campus.

The first year of the festival was a major success for local businesses and the Ruston economy, and the Chamber of Commerce took note. They decided to do everything they could to “keep the festival an annual affair.” The Louisiana Peach Fest Association was formed and a board of those in charge of planning and executing the second year of the festival was elected. The board was eager to make the second annual festival one to remember and did so by doubling the schedule of events. For years, the annual affair was and continues to be a highly-anticipated event among the community. 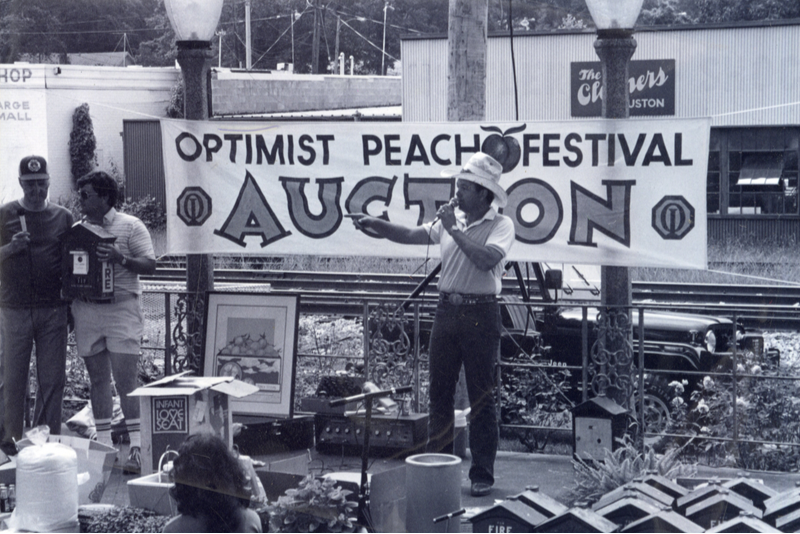 The length of the festival has varied over the years. The first several years' events lasted two days and bounced around from two to three days multiple times until 1966 when it reached four days due to the addition of a golf tournament. It remained four days long until 1971 when festivities took place for a full week, and within a few years that week was coined “Louisiana Peach Festival Week” by Mayor John Perritt in 1973.

One week was not long enough for the hefty list of events, though. Soon the festival was lengthened to a two-week event. This raised issues because those who traveled to Ruston for the festival were not able to come to as many activities, so planners decided to schedule events for two weekends so more people could participate in the fun.

A lengthy festival was the theme for many years until 2005 when festival coordinators decided to put the thirty+ events that were previously held over ten days into four days. In 2010, festivities were packed into two days, reinstating the tradition of the weekend festival that Peach Fest once was. This lasted through 2019. 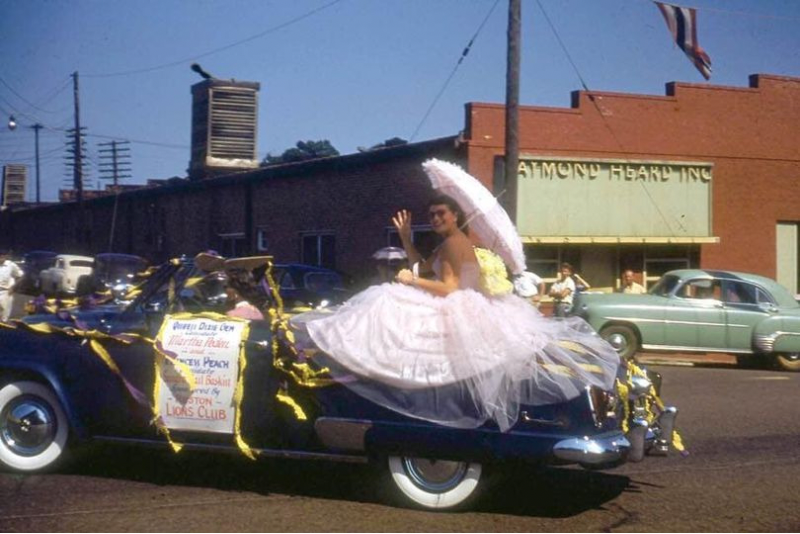 Due to COVID-19, the summer of 2020 was the first summer since 1951 that there was no Peach Festival. The pandemic threw a curveball at the Chamber of Commerce (who had been coordinating the festival for over 30 years).The Chamber did not want to let the then seventy-year tradition of the Louisiana Peach Festival die, so they improvised and hosted “Peachtober” in October 2020. It was a much smaller-scale event than previous years, but it kept the festival alive.

In 2021, the Chamber of Commerce turned the coordination of the Peach Festival over to the Experience Ruston (Ruston Lincoln CVB) and Downtown Ruston. The two organizations recognized the impact the event makes in the community for both visitors and locals and wanted to be sure the tradition of the event lived on. On June 5, 2021 they put on the 71st annual Louisiana Peach Festival.

The new organizers decided to put an emphasis on how the festival originated as a homegrown, community focused event. They shortened it to a single-day event, made it free until 3:00pm, highlighted Louisiana artists and musicians, and hoped the community would have a positive response. The morning of June 5th was rainy, but rain or shine the festival would happen. Thankfully, the sun and crowd quickly came out and the reimagined event was a major win.

Experience Ruston and Downtown Ruston plan to keep the same vision for the 2022 festival, largely due to the positive feedback from the community. The team found that focusing on the unique culture of Ruston and Louisiana is truly what makes the Peach Festival so special, and they want to continue to do just that as long as they are able to be a part of the event. 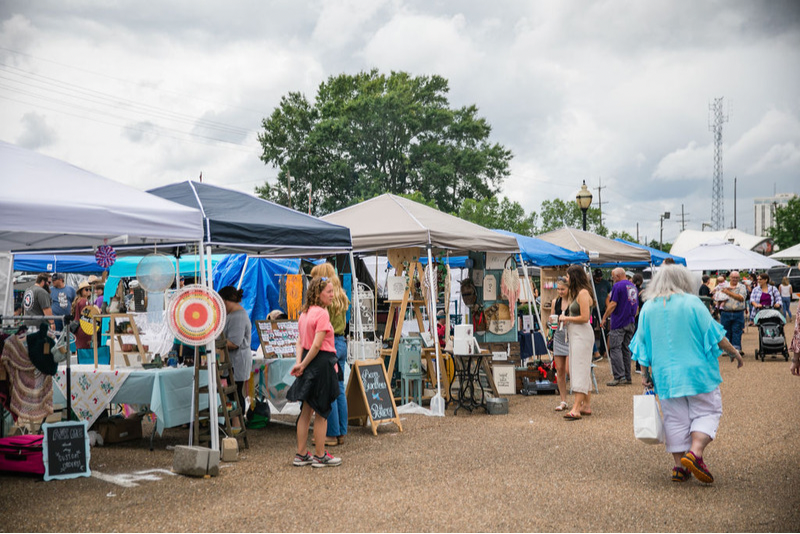 On June 4, 2022 the 72nd Annual Louisiana Peach Festival will take place in Downtown Ruston. It will be a day highlighting the homegrown flavors, art, and music of the area. Day-of festival events will include a Peach Art Market, Kids Alley, live musical performances, along with multiple food and snack vendors. Other Peachy events that will take place include: Peach Art Exhibit, Peach Hunt, Peach Restaurant Roundup, Peachy Sidewalk Sale, Annual Peach Rodeo, the Peach Parade, Ruston Farmers Market, and the Queen Dixie Gem and Princess Peach Pageant. Check out our full guide to this year’s festival here.